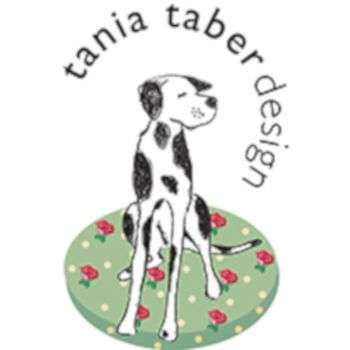 For the last 25 years, Tania has given her time and expertise free of charge to Holly Hedge, saving us thousands of pounds over the years. Not only does she design all our Newsletters, Posters, Sponsorship forms, Leaflets and just about all Holly Hedge’s literature, but also organises fund raising events as well. A great favourite is the Swing for Victory Big Band night which Tania puts her heart and soul into, to raise vital funds for Holly Hedge. There is nothing this remarkable and talented lady wouldn’t do to help animals in need, and her compassion knows no bounds.

Tania’s Graphic Design work is second to none, but however busy and overstretched she is, Tania will always put in hours of unpaid work for Holly Hedge, and we cannot thank her enough for her kindness and generosity to the animal kingdom.
If anyone out there is looking for the best ever Graphic Designer, Tania’s your girl! She needs paid work too so she can feed her 4 rescued dogs who mean the world to her.

Thank you from all of us at Holly Hedge for being such a good friend to those who have no voice.

This website uses cookies to improve your experience while you navigate through the website. Out of these, the cookies that are categorized as necessary are stored on your browser as they are essential for the working of basic functionalities of the website. We also use third-party cookies that help us analyze and understand how you use this website. These cookies will be stored in your browser only with your consent. You also have the option to opt-out of these cookies. But opting out of some of these cookies may affect your browsing experience.
Necessary Always Enabled
Necessary cookies are absolutely essential for the website to function properly. This category only includes cookies that ensures basic functionalities and security features of the website. These cookies do not store any personal information.
Functional
Functional cookies help to perform certain functionalities like sharing the content of the website on social media platforms, collect feedbacks, and other third-party features.
Performance
Performance cookies are used to understand and analyze the key performance indexes of the website which helps in delivering a better user experience for the visitors.
Analytics
Analytical cookies are used to understand how visitors interact with the website. These cookies help provide information on metrics the number of visitors, bounce rate, traffic source, etc.
Advertisement
Advertisement cookies are used to provide visitors with relevant ads and marketing campaigns. These cookies track visitors across websites and collect information to provide customized ads.
Others
Other uncategorized cookies are those that are being analyzed and have not been classified into a category as yet.
SAVE & ACCEPT